The Hamptons was never on my bucket list even during my shallow twenty-something years. At that age, I was constantly around the party crowd, who regularly went clubbing just to see and be seen. It’s ironic that at my current stage of life, the stage of “I-no-longer-give-a-fuck-what-people-think” (please excuse the French 😊), that I decided to pay the Hamptons a visit. Let’s just say, I don’t plan to go back ever, yet I’m still glad I went (only to justify my initial impression of it). 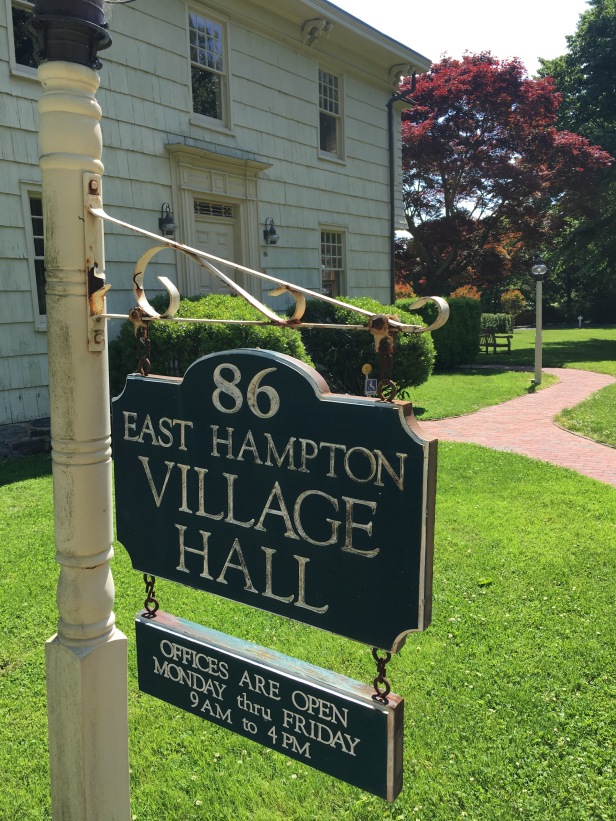 My cousin and I arrived in Newark International Airport where my aunt (who lives in New Jersey) picked us up. From there we drove to the Hamptons and endured the horrendous traffic on a Friday afternoon rush hour. But since we haven’t seen each other in a few years, the conversations made up for it.

Our first stop was at the Wölffer Estate Vineyard. In the summer, they have Sunset Fridays and Saturdays at the Wine Stand from 5pm until sunset but since we arrived quite late, people were already starting to leave by the time we got there. We saw a glimpse of the crowd, however, and they were mostly young, rich, loud, and obnoxiously drunk (and because of their demeanor, not beautiful)!

A young man took our pictures but without escaping the ugly stares from his women companions. When I was taking my selfie in the wine stand (where we bought a bottle of rose), the same guy who took our pictures annoyingly photobombed me and once again I got the nastiest glare from one of the women (assuming his girlfriend). I wanted to tell her,”hey princess, I could be as old as his mommy so bug off with your insecurities!” Lol.

We had  dinner at Nick and Toni’s, one of the most acclaimed restaurants in East Hampton. The three of us ordered the wood oven roasted whole fish that costs $42 each (and this is the usual price range of entrees in most restaurants). Bottles of wines can go up to almost $300  so of course we chose the local wine which was the cheapest ($42) and our final dinner bill amounted to $240  (but hey what do you expect, you’re at The Hamptons!).

Our hotel (more like a motel), the 380 Inn, was the least expensive hotel we could get in the area. (By the way, we booked our hotel a couple of months prior and a lot of them were already booked up). The price we paid for each night was $340 (almost the price of one night at the Ritz in Dallas), however, splitting between the three of us wasn’t too bad but imagine paying this price by yourself!

Before strolling to window shop at East Hampton village, we had breakfast at Pierre’s. My cousin chose this place only because they had sidewalk tables. I would’ve been just fine at Starbucks (especially after finding out they carry The Hamptons mugs 😊), but she insisted that we are, after all, at the Hamptons and we needed to blend in with the crowd (whatever that meant). The servers at Pierre’s were so unfriendly and no one smiled. Great start of the day, I thought!

The shopping at East Hampton village is what I had anticipated. I read that when visiting  the Hamptons, one of the things you absolutely have to do is shopping. Umm, great suggestion, assuming you were made of money! After taking several pictures in front of stores we can’t afford, we were ready to drive towards Montauk. But first we stopped for lunch at Lunch.

Lunch is famous for lobster rolls, but that’s not the only reason we were there. My aunt and I are huge fans of the Showtime series, The Affair, and the restaurant was one the most distinguished film location spots in the show. In fact, after lunch, we took a little tour around Montauk to see some of the other places where they had filmed, much to my cousin’s annoyance, since she didn’t follow the series. 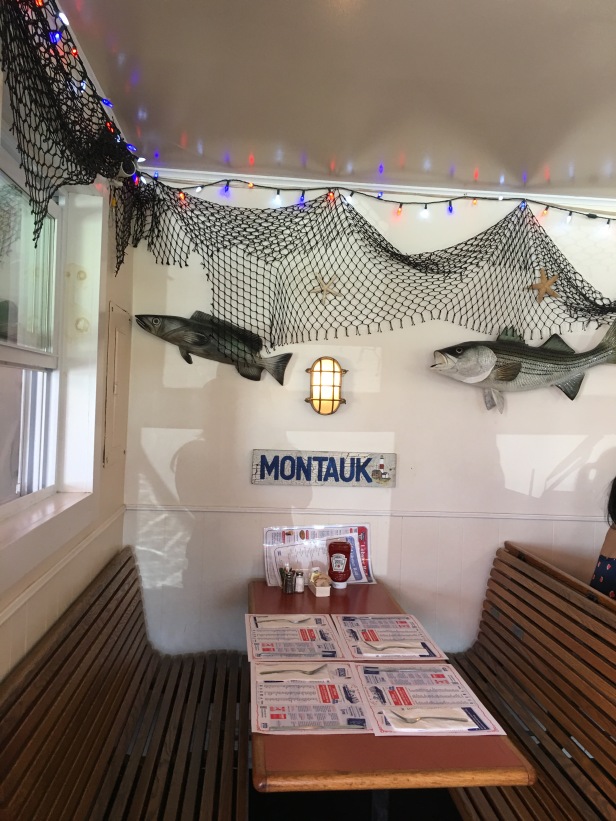 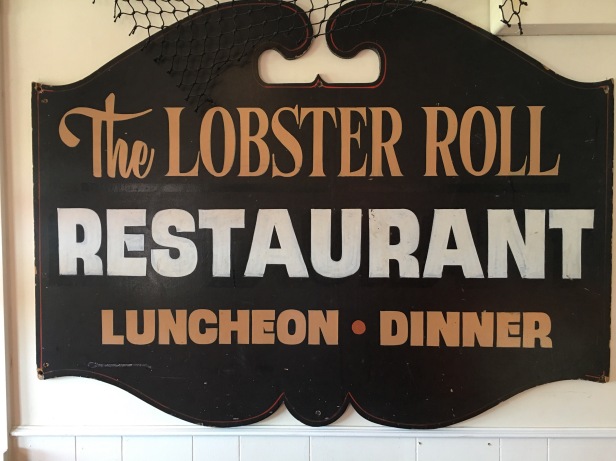 The lobster roll at Lunch did not disappoint. Of all the places we dined, this was the most memorable. In spite of the show’s popularity, (and people were actually visiting the restaurant because of it which made it a popular tourist destination), the quality of the food was not sacrificed.

The most iconic destination in Montauk is the Lighthouse. But we felt it was quite hefty to pay $10 for parking on top of the $11 entrance fee. We decided not to go in and we just ended up taking several (well, a lot) of photos using the lighthouse as a backdrop.

We followed the trail that led to the water and found more spots to take pictures with the lighthouse as the background. 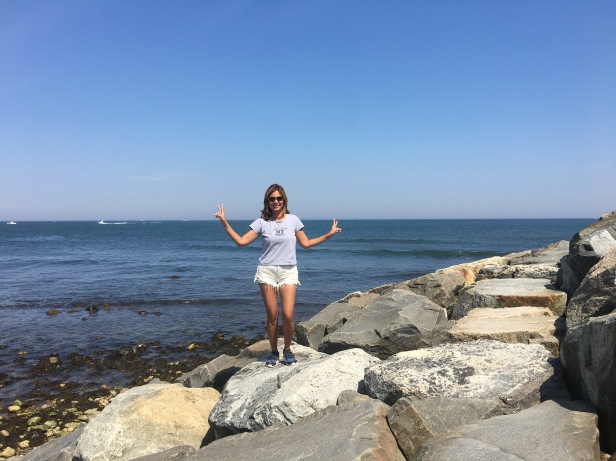 We drove around Montauk and searched for more film locations for The Affair (such as the ranch). My aunt and I were excited to see these places in real life and  my cousin was once again annoyed that she couldn’t relate to our stories. 😁 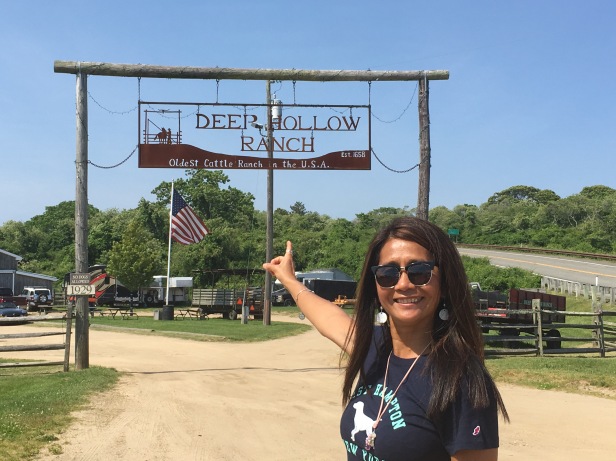 Gurney’s Inn Resort and Spa in Montauk is where the Hamptons crowd flaunt their money—a parade of expensive cars line up in the valet. My cousin was thrilled at the party scene by the beach and wanted to join in (she remained a party animal in spite of her age). Not to be a party pooper, but looking at the demographics of the people there (mostly half my age), I wasn’t interested. Been there done that. The heavy partying I’ve done in my younger days is over. 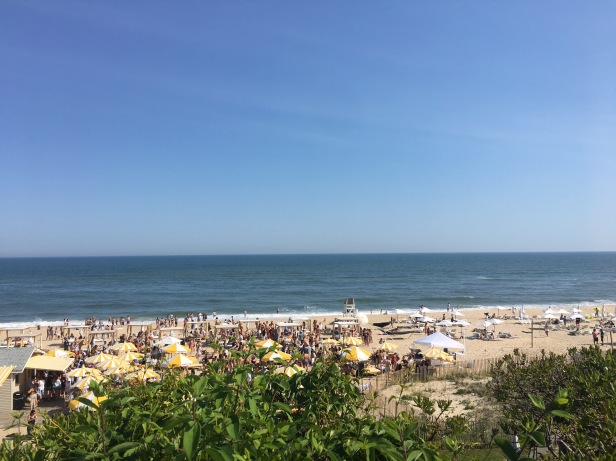 After watching wealthy intoxicated millennials, I was ready to leave. I suggested we go to Gosman’s to chill and watch the sunset. The ambience at this restaurant was definitely much more subdued than at Gurney’s and the absence of drunken wild party animals was a relief. . 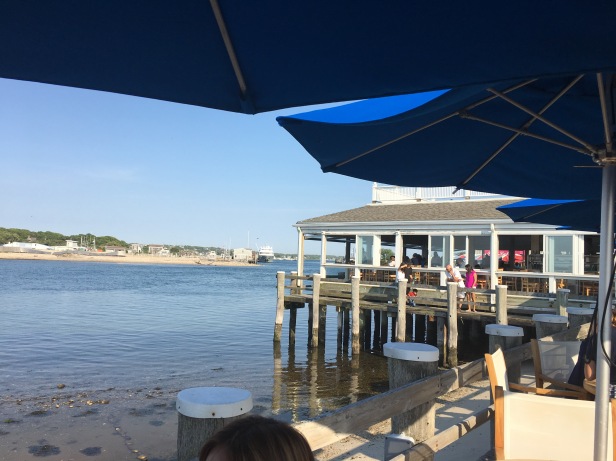 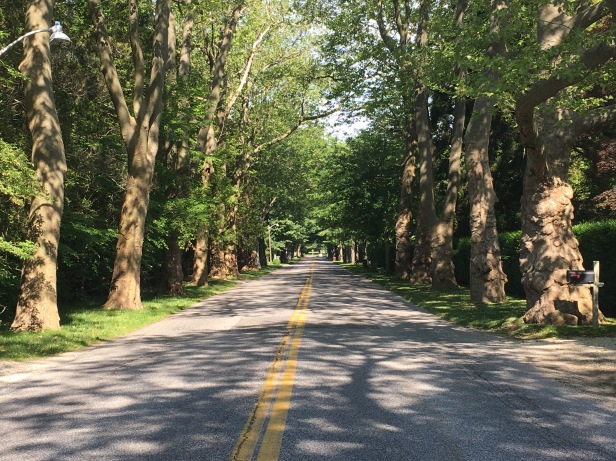 We spent our Sunday morning searching for the “perfect” brunch spot. We couldn’t find one within the vicinity of our hotel so we drove to Sag Harbor and glad we did. From our hotel (Wainscott) to Sag Harbor, we passed along beautiful tree lined streets, pristine golf courses, and gorgeous mansions. We spotted The American Hotel and Restaurant and we unanimously decided this would be the ideal place to recap our Hampton adventure. The ambience in the hotel has that old world elegance and their quaint restaurant is decorated with full of charm, as if dining in a small garden in an English countryside. 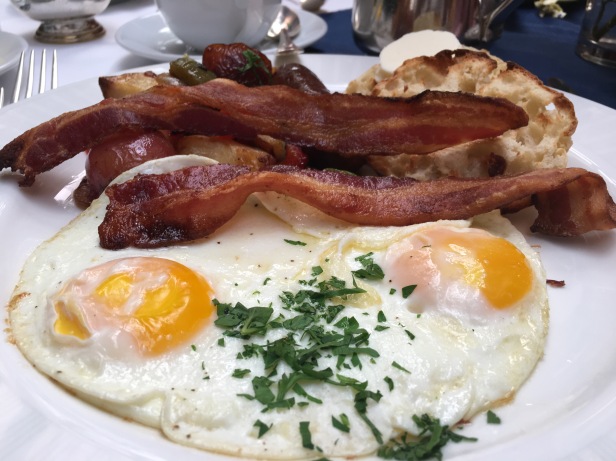 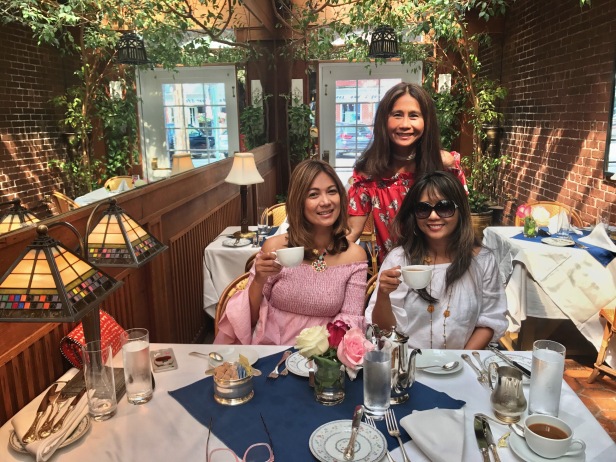 On our way back to the city, we ended our Hampton trip with a picture in front of the Hook Windmill (also known as Old Hook Mill, a historic windmill on North Main Street in East Hampton).

Our time together at the Hamptons will always be treasured but most likely I won’t be back. I was taken aback by the unfriendliness of the people (visitors included). Although I expected the snobbish climate, since the Hamptons is one of the most expensive real estates in America, I wonder if the visitors must think they too need to act snooty in order to blend in?

What also bothered me was the lack of diversity and if ever we ran into Asians or Hispanics, they were mostly in the service industry. Entering a store in Montauk, we were asked by the shop owner where we’re from. “I’m from Dallas, she lives in New Jersey, and she’s from Florida,” I replied. “Oh I meant what’s your nationality. You all look  very exotic!” she said. I was tempted to say ‘we are Americans’ but I knew what she meant. It’s been a while since I was asked where I originally came from. I assume they do not see too many Filipinos or southeast Asians at the Hamptons!